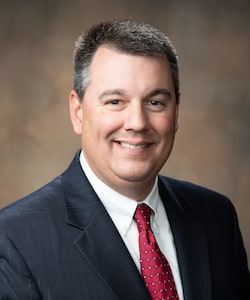 William H. Waring III was born and raised in Summerville, South Carolina and is a proud distinguished honor graduate of Summerville High School's class of 1990. After high school, Will attended Furman University, where he was actively involved as president of the Residence Hall Council and his senior class and was a member of the Sigma Chi Fraternity as well as the Quaternion Club, a prestigious organization that inducts four senior males annually who distinguish themselves in scholarship, leadership, character, and loyalty to the university. Will graduated from Furman in 1994 with a B.A. in History, moved back to his hometown, and taught school and was an assistant principal with Dorchester County School District Two. During this time, Will earned his Masters Degree in Education Administration, summa cum laude, after attending evening and summer classes at The Citadel.

Despite a productive and satisfying career in education, in 2003 Will decided to pursue his childhood dream of becoming a lawyer, and he enrolled at the Cumberland School of Law at Samford University. While at Cumberland, Will served as the Writing Editor for the Cumberland Law Review, and he received his juris doctorate, cum laude, in 2006. Following law school, Will worked as a law clerk for The Honorable Diane S. Goodstein, Circuit Court Judge for the First Judicial Circuit, and during his clerkship in November of 2006, he was admitted to the South Carolina Bar. Will then practiced as an associate attorney with The Richter Firm, LLC in Mt. Pleasant, South Carolina where he assisted in the representation of several of the families of nine Charleston firefighters who were killed in the Sofa Superstore fire of 2007 as well as sexual abuse victims in a class action lawsuit against the Catholic Diocese of Charleston.

In 2009, Will joined Lofton & Lofton, P.C. as an associate attorney, where 100% of his practice is devoted to civil litigation with an emphasis on medical malpractice, nursing home abuse and neglect, personal injury, and wrongful death. Will has been recognized by his peers with the distinguished AV rating from Martindale-Hubbell, the highest rating available. Will and his wife Molly, a fellow Summerville native, live in Summerville with their three children. In his spare time, Will enjoys attending his son's travel baseball tournaments along with his family, home projects, and trips to the beach.

Law clerk for The Honorable Diane S. Goodstein, Circuit Court Judge for the First Judicial Circuit from 2006 to 2007. Associate for The Richter Firm, LLC 2007 to 2009. Writing Editor for the Cumberland Law Review, 2006.

Contact Us
Practice Areas
Client Reviews
★★★★★
At a very difficult time in our lives, the attorneys at Lofton and Lofton helped us when we needed them most. They took great care and interest in our case as well as us. They were always responsive and communicated everything with us during each step in our case. We could not have asked for more knowledgeable, professional and ethical attorneys. We would not hesitate to use them again or recommend them to others. They were excellent! Vanessa & John
★★★★★
It's really simple if you are looking for a attorney who will win your case then look no more. I have known Mr. Lofton for years and found him and his staff to be the best all around people who care and get the job done to your advantage. We have used him for years no matter what time of day you need him he's there, you can reach him or Angela as a team they are the best. Sandy
View More
Submit a Law Firm Client Review