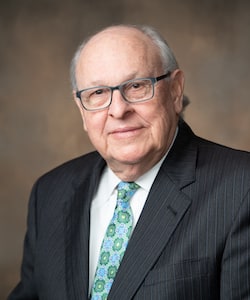 Lionel S. Lofton was born and raised in McClellanville, South Carolina, where he still resides. In 1963, he graduated from McClellanville High School, where his mother taught school. During his senior year, he was named to the Post and Courier's All-Star Basketball Team, which he still talks about to this day. Following graduation, Mr. Lofton enrolled a the University of Georgia to study forestry. Following a year at UGA, he transferred to Campbell University in Buies Creek, North Carolina, where he graduated in 1967 with a B.S. degree. During his years at Campbell University, Mr. Lofton was very active in politics and served as the Chairman of the College Republicans for North Carolina. After his graduation from Campbell, Mr. Lofton followed in his mother's footsteps and taught school at Gaffney High School in Gaffney, South Carolina for one year prior to attending law school.

In 1983, after twelve years as a federal prosecutor, Mr. Lofton left the United States Attorney's Office and opened his own private practice in Charleston, South Carolina. His experience and tenure in the United States Attorney's Office facilitated the development of not only a statewide, but also a national practice, representing those accused of involvement in serious criminal activity and representing those injured as a result of the negligence of others. Mr. Lofton's roots have always been in the South Carolina lowcountry.

He still lives in his hometown of McClellanville, a small coastal fishing village not far from downtown Charleston. He has served as a deacon and elder in the New Wappetaw Presbyterian Church in McClellanville and served on the McClellanville town council for several years. For a number of years, he owned two shrimp trawlers and enjoyed participating in the local fishing industry. Mr. Lofton and his boys enjoy the outdoors and can regularly be found fishing and shrimping the creeks around McClellanville. Additionally, they enjoy hunting deer on his small farm in Williamsburg County, South Carolina.

Recipient of the Order of the Palmetto

Contact Us
Practice Areas
Client Reviews
★★★★★
At a very difficult time in our lives, the attorneys at Lofton and Lofton helped us when we needed them most. They took great care and interest in our case as well as us. They were always responsive and communicated everything with us during each step in our case. We could not have asked for more knowledgeable, professional and ethical attorneys. We would not hesitate to use them again or recommend them to others. They were excellent! Vanessa & John
★★★★★
It's really simple if you are looking for a attorney who will win your case then look no more. I have known Mr. Lofton for years and found him and his staff to be the best all around people who care and get the job done to your advantage. We have used him for years no matter what time of day you need him he's there, you can reach him or Angela as a team they are the best. Sandy
★★★★★
My brother was in a really bad car accident and Lionel and his team were just the best throughout the whole ordeal from start to finish I would highly recommend this law firm!! thankfully my brother survived and is doing well and Lionel and his team has made sure that they have completely taken care of him and everything he needs I am very grateful and thank you so much ~ his grateful sister Leslie Hines
View More
Submit a Law Firm Client Review